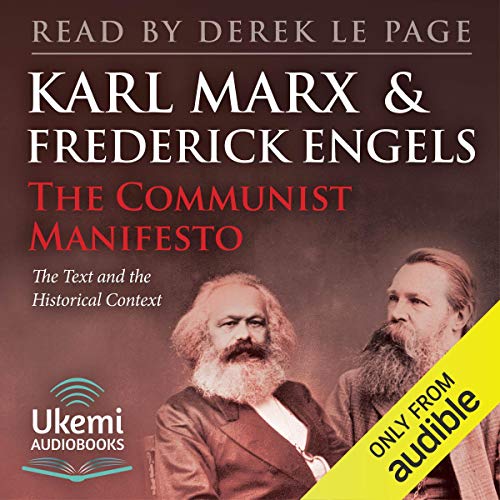 It could be argued that few documents have had such a considerable effect on the course of world social and political history as the manifesto of the Communist Party written by Karl Marx and Friedrich Engels and published in 1848. The social structures of the 19th century were undergoing considerable change yet even so it was over half a century before Communism claimed its first scalp with the 1917 Russian Revolution. This demonstrates that it was not the Manifesto alone that caused the upheaval, but the constant demand for change and constant activism that kept the clarion call of Communism alive.

The first volume of Marx’s immense work Capital appeared 20 years later, and Engels ensured that volumes 2 and 3 were published after Marx’s death, maintaining the impetus of the economic message. But the manifesto - effectively just a pamphlet - was the rallying point, kept alive by repeated publication in numerous languages with Engels each time adding new ‘prefaces’; and around this was continuing activity in terms of pamphlets and leaflets hammering home principal issues.

Derek Le Page has read, for Ukemi Audiobooks, the three volumes of Capital and Formative Early Writings by Karl Marx. He therefore brings a special understanding to this recording of the manifesto - and the additional writings which supported the growing Communist movement: the prefaces to the English and various German editions as well as the Polish and Italian editions. In addition, he reads other clarifying documents, including ‘Draft of a Communist Confession of Faith’ and ‘The Principles of Communism’.

It is only when the manifesto is read in conjunction with these documents that the reason for the growing strength of the Communist arguments in the social environment of the time can be more clearly understood. Certainly, its successes, its failures, and some horrifying effects throughout the 20th century and beyond, cannot be ignored.