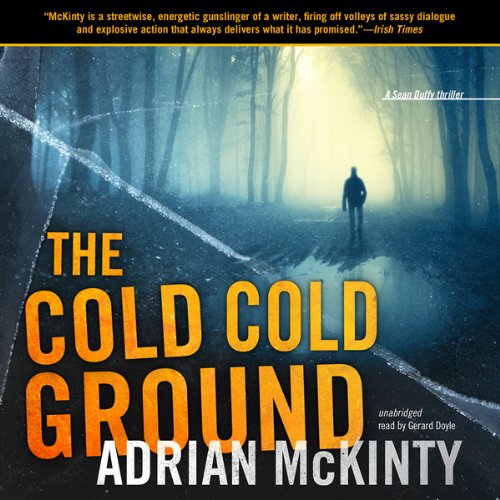 Adrian McKinty was born in Carrickfergus, Northern Ireland. He studied politics and philosophy at Oxford before moving to America in the early 1990s. Living first in Harlem, he found employment as a construction worker, barman, and bookstore clerk. In 2000 he moved to Denver to become a high school English teacher and it was there that he began writing fiction.

In 2009 he moved to Melbourne, Australia, with his wife and two children. His first full-length novel, Dead I Well May Be, was short-listed for the 2004 Ian Fleming Steel Dagger Award and its sequel, The Dead Yard, was selected as one of the twelve best novels of the year by Publishers Weekly.

In 2008 his debut young adult novel, The Lighthouse Land, was short-listed for the 2008 Young Hoosier Award and the 2008 Beehive Award. The final novel in the Dead trilogy, The Bloomsday Dead, was long-listed for the 2009 World Book Day Award.

In 2011 Falling Glass was an Audible.com Best Thriller.

“McKinty is a streetwise, energetic gunslinger of a writer, firing off volleys of sassy dialogue and explosive action that always delivers what it has promised.” ( Irish Times)
“What makes McKinty a cut above the rest is the quality of his prose. His driven, spat-out sentences are more accessible than James Ellroy's edge-of-reason staccato, and he can be lyric.” ( The Guardian)
“If Raymond Chandler had grown up in Northern Ireland, The Cold Cold Ground is what he would have written.” ( The Times, London)