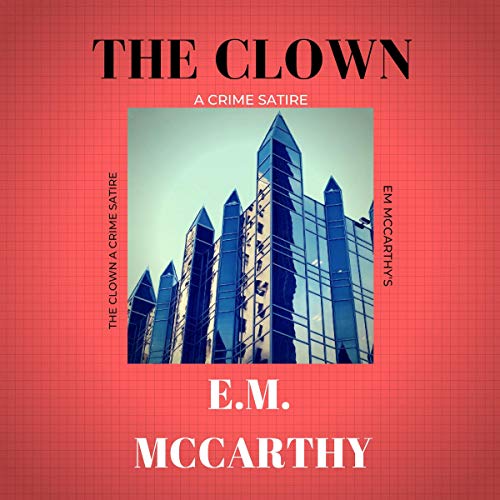 Only in Pittsburgh can a guy walk into a bank and come out a folk hero.

Jeb Jefferson loses his job, and the perfect solution to his economic reality is unconventional, illegal, and uncompromising. Jeb's clown is a smart, methodical bank robber. He gets away with it until his girlfriend begins to suspect him. She tries to leave him, and still, Ariel can't leave him completely. Her childhood friend, Scott, has his own set of problems made worse because he's in love with her.

Just as the trio grapples with where everything is headed, the city of Pittsburgh is terrorized by The Clown. The police can't stop him. Then the copycats make it even worse. The real problems begin when the politicians get involved in crime and punishment. Will Ariel stay with Jeb? Will Scott tell her how he feels? Will Jeb be caught?

The social impact of joblessness in modern Pittsburgh is the perfect incubator for the perfect crime spree.

Twenty-one point-of-view characters tell the story from every angle (even the Three Rivers have an opinion). Part crime thriller, part comedy, and part romance, The Clown is a play-like satire with dramatic and fantasy elements. The Clown was a staff pick on Write On by Kindle (for Humor). Suitable for ages 16 and up.