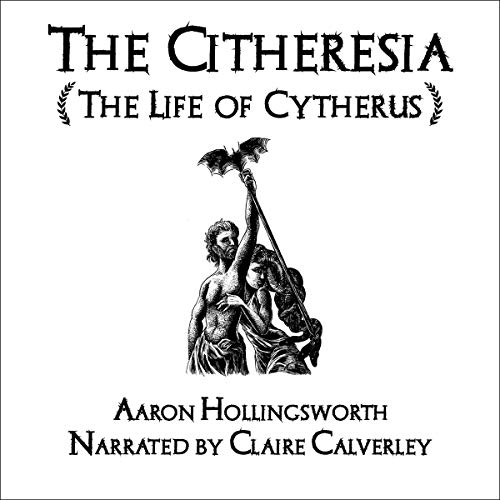 When the only child of Hephaestus and Aphrodite is born as the spiritual embodiment of Temperance and Tact, Zeus commands that the new god be raised in turn by each Olympian for the fulfillment of his secret destiny. However, not all of the gods are content with this new addition to the family, as Cytherus repeatedly finds himself the target of Ares. To what lengths will the Instigator of Strife and War go to destroy this Last Son of Olympus? How can the holy power of Self-Restraint hope to win out against divine retribution?

True to mythological tradition, this book contains 20 etiological tales detailing the origins of various natural and cultural phenomena, including which muses influenced Herodotus, the nefarious purpose of the Antikythera Mechanism, why the Olympians migrated to Italy, the singular geography of the Iberian peninsula, and the founding of Stoic philosophy. These stories also provide anecdotes and insights into the characters and behaviors of the classical divinities and monsters. Most importantly, it tells the story of a boy who grew up in a dysfunctional family, a boy who learned not only what he was taught, but what he needed to figure out on his own.