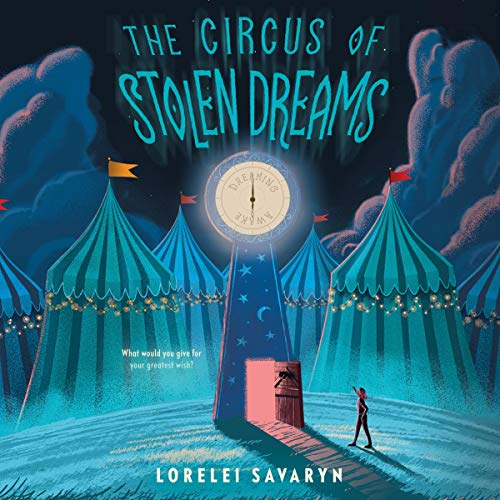 The Circus of Stolen Dreams

The Circus of Stolen Dreams

A dream world turns haunting nightmare in this spellbinding debut novel, perfect for fans of Circus Mirandus and The Night Gardener.

After Andrea's brother, Francis, disappeared, everything changed. Her world turned upside down, and there was nothing she could do to right it. So when she discovers a magical dream world called Reverie in the woods near her home, Andrea jumps at the chance to escape her pain and go inside. But the cost of admission is high: Andrea must give up a memory in order to enter. And she knows exactly which memory she'd like to give up.

Once inside, Andrea discovers tent after tent of dreams come alive; she can fly on a gust of wind, brave swashbuckling pirates and search for buried treasure, reach for - and wish on - a tangible star, and much, much more. But Andrea soon realizes that not all of Reverie's dreams are meant to delight, and the Sandman behind the circus tents seems to have plans of his own. When Andrea finds a tent in which her brother's darkest nightmare has been brought to life, she realizes the dark truth: Reverie is not an escape; it's a trap.

Will Andrea and her new friend Penny have what it takes to find Francis, figure out what's really going on in Reverie, and break free from this nightmarish dream world?

A wonderfully inventive, deliciously creepy debut novel that is sure to linger in listeners' minds long after the last thrilling minute.

Praise for The Circus of Stolen Dreams: