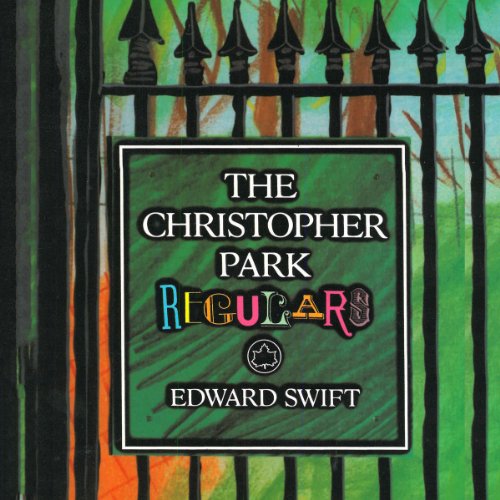 Eric Meyer’s colorful, lively performance captures the energy, charming eccentricity, and madcap antics of the denizens of New York City’s Christopher Street Park in Edward Swift’s whimsical yet compassionate novel that introduces us to a wonderfully diverse set characters, including Andrew T. Andrews, born into the upper crust of society and schooled at the nation’s top universities but who chooses to live in poverty while writing the great American novel, and Victor L. Russell, the ninety-eight-year-old man in a fisherman’s hat who conducts classical symphonies in front of pigeons.

This collection of stories about oddballs living in and hanging around Christopher Park in Manhattan is a zany and charming comedy of characters. Everyone here, from the unpublished novelist to the earthquake expert-cum-street shrink, is able to indulge their madness without fear in the way that only Edward Swift can present.