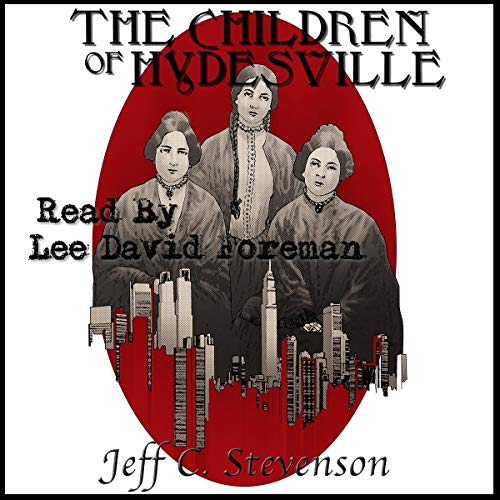 The Children of Hydesville

The Children of Hydesville

A contemporary ghost story made all the more terrifying for being based upon actual events.

When the terrifying entity that Maggie and Katie Fox unleashed in Hydesville in 1848 returns in 2018, a gallery owner, his wife, a journalist, and her boyfriend join forces to battle it.

Manhattanites Derek David and his wife Edith receive an invitation to visit the Keilgarden Colony. Founded in 1948 with funds from Derek’s great grandfather, the Colony is a secluded community dedicated to nurturing children with psychic abilities. Located five hours north of the city in the village of Hydesville, the compound was built on land that includes the cottage where Maggie and Katie Fox first heard the ghostly rappings in 1848 which started the Spiritualist movement. But what begins as a late-summer respite swiftly turns into a confusing and terrifying ordeal for the couple and Derek’s brother, Oswald. From the moment they are greeted by the Colony’s beautiful yet mysterious host, Vanya Avery, they begin experiencing bizarre and disturbing events: Memory loss, unsettling visions and dreams, otherworldly manifestations, voices and apparitions that repeatedly beckon them back to the haunted Fox cottage. To end the escalating phenomena, Derek sets fire to the house.

Months later, New York Times reporter Sheila Irving and her boyfriend, Kevin Jackson, visit Hydesville to determine what motivated Derek to burn down the Fox property. Soon, the powerful entity that controls the area - something that can see as well as hear - unleashes its most cunning tactic, a deceptive command once uttered by Maggie Fox to “Do as I do”. If those gathered in the village - Derek and Edith, Sheila and Kevin - succumb to the edict, they will partake in the creation of union children, psychically gifted offspring whose malevolent powers will reach far beyond the confines of the township. Like the Spiritualist movement from which they originated, if allowed to be birthed, the children of Hydesville will eventually impact the entire world.