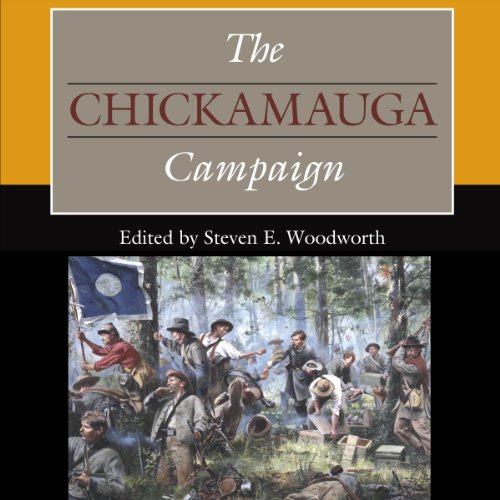 From mid-August to mid-September 1863, Union major general William S. Rosecrans's Army of the Cumberland maneuvered from Tennessee to north Georgia in a bid to rout Confederate general Braxton Bragg's Army of Tennessee and blaze the way for further Union advances. Meanwhile, Confederate reinforcements bolstered the numbers of the Army of Tennessee, and by the time the two armies met at the Battle of Chickamauga, in northern Georgia, the Confederates had gained numerical superiority.

Although the Confederacy won its only major victory west of the Appalachians, it failed to achieve the truly decisive results many high-ranking Confederates expected. In The Chickamauga Campaign, Steven E. Woodworth assembles eight thought-provoking new essays from an impressive group of authors to offer new insight into the complex reasons for this substantial, yet ultimately barren, Confederate victory.