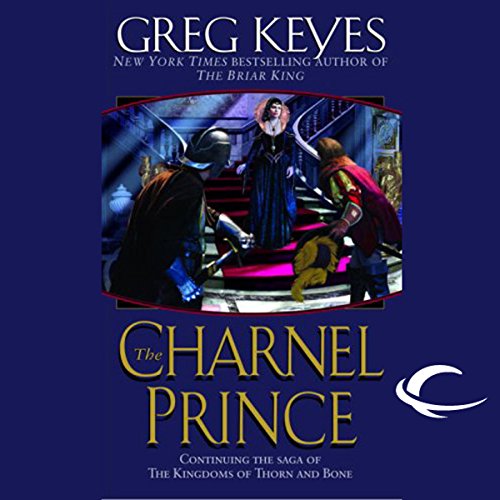 When the legendary Briar King awoke from his slumber, a season of darkness and horror fell upon the Kingdom of Crotheny. Now countless breeds of unspeakable monsters roam the countryside. An epidemic of madness has transformed peaceful villagers from the wild lands into savage, flesh-eating fiends.

In Eslen, King William has been murdered, Queen Muriele is stalked by treachery on every side, and their last surviving daughter, Anne, has fled the assassins bent on destroying her family. Close on the heels of the runaway princess, young knight Neil MeqVren, the queen's one trusted ally, is sworn to rescue Anne from her murderous pursuers.

Anne herself undertakes a perilous journey toward the sanctuary of her distant paramour's arms, but along the way lie the sinister agents and hidden snares of a sprawling conspiracy that few might hope to evade. At the same time, spies in the service of Praifec Hespero, the powerful Churchman, embark upon a mission to destroy the Briar King in the heart of his domain. And the power-hungry Church, spurred on by the mystical events, has launched an inquisition whose repercussions threaten even the queen.

As the noose of intrigue tightens across the land, personal fates and a kingdom's destiny alike will be decided in a conflict between virtue and malevolence, might and magic. Here then is Book 2 of The Kingdoms of Thorn and Bone: intoxicating and harrowing, passionate and grand, it is Greg Keyes most ambitiously imagined and vividly rendered work of epic fantasy.

"Keyes is among authors like George R.R. Martin whose work is reinvigorating the often tired genre of high fantasy with rich, dark, and mature storytelling. His characters are vibrant and range far beyond Dungeons & Dragons cliché. He places these starkly drawn men and women into a world built upon a squirming foundation of myth, legend, prophecy, and folklore, which, to their own peril, they are only beginning to understand." (Amazon.com review)