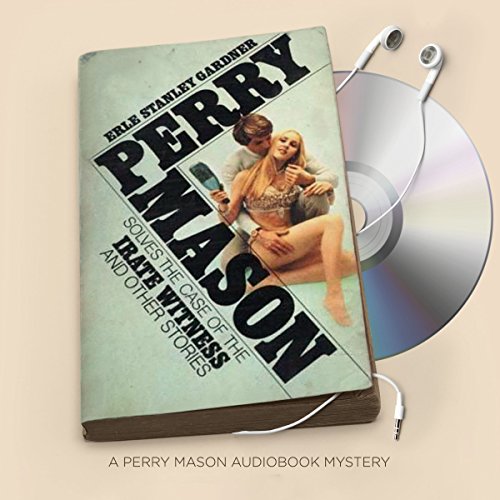 The Case of the Irate Witness

The Case of the Irate Witness

"The Case of the Irate Witness," the mystery which is the star of this collection of 4 novelettes, is the only one that the incomparable Erle Stanley Gardner ever wrote featuring Perry Mason in short story form. Each of the stories revolves around the subject of stolen jewels and each story is a gem in itself.

In "The Case of the Irate Witness" (1953), Perry Mason sets off for a peaceful weekend's fishing in the mountains but even here the master lawyer is unable to leave detection behind. After being stopped at a police roadblock checking on a big robbery in Jebson City, Perry Mason gets involved in defending the accused, culminating in a stunning example of Mason's famous courtroom dexterity.

In "The Jeweled Butterfly" (1952), Peggy Castle writes a gossip column in the company paper. She gets a note that the curvy Stella is going to meet the studly Don at a local nightclub. Peggy grabs a table and waits. She ends up getting involved in a jewelry robbery case involving the company and Stella's murder.

In "Something Like a Pelican" (1942), Leith has a knack for putting together threads of different incidents and coming up with solutions to crimes. In this story he figures out what a woman throwing a fur cape out a window has to do with missing top secret blueprints.

In "A Man Is Missing" (1946), in rural Idaho a man with amnesia is missing. He had a picture taken of himself in front of a cabin he built and sent it to his wife. He said he had bouts of amnesia following a car accident. A detective from the big city is on his way out to solve the case. Local sheriff Bill Catlin shows him country sheriffs know a thing or two.