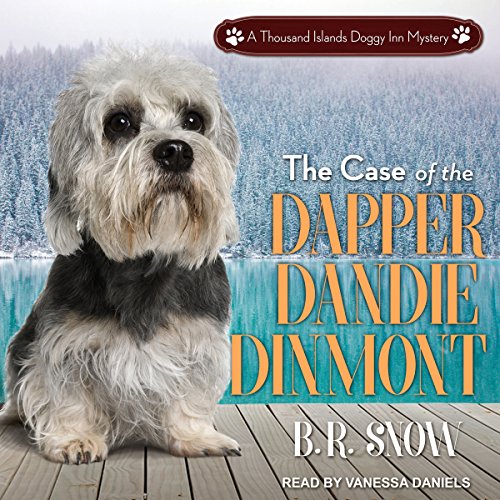 The Case of the Dapper Dandie Dinmont

It's the dead of winter in the Thousand Islands, and there's nothing that reminds Suzy and Josie about that fact more than sub-zero temperatures, bone-chilling winds, and finding a dead body under the ice wearing only shorts and a tee shirt. In addition, a rare Dandie Dinmont has been found wandering around the area and Suzy and Josie, while trying to figure out what might have happened to the man under the ice, are also doing everything they can to reunite the dog with its owner.

Unfortunately, both of these tasks prove to be particularly difficult, especially since Suzy has become enamored with a man bearing a bizarre tattoo and is having trouble keeping her focus on the task at hand. The latest offering in B. R. Snow's Thousand Islands Doggy Inn Mystery series is one of the most emotional, and often funniest, installments yet as Suzy, Josie, and the rest of the gang try to work their way through a complicated web of deceit and intrigue while coping with a brutal winter that is creating havoc and has everyone longing for an early spring.