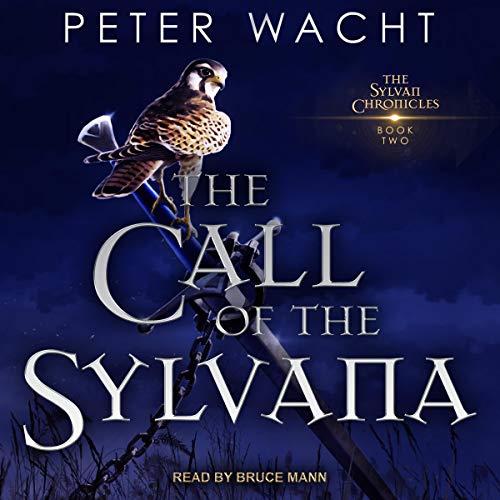 The Call of the Sylvana

Light dances with dark, green fire burns in the night, hopes and dreams follow the wind, to fall in black or white.

The prophecy spoke of Thomas Kestrel: outcast, lord, sorcerer, warrior, and perhaps savior of the Kingdoms - if he survives.

In The Call of the Sylvana, the second book in the Sylvan Chronicles, Thomas Kestrel returns to his ancestral Highlands in an ill-fated attempt to help the people who feared him as a child.

With the help of the Sylvana, men and women dedicated to protecting the Kingdoms from the Shadow Lord and the Dark Horde, Thomas bears the burden of returning to the Highlands to reclaim his proper place. Befriended by a Highlander who would die for him, struggling with his love for a princess who will betray him, Thomas tries to piece together the puzzle of his life - while the high king's assassins, aided by the minions of the Shadow Lord, pursue him.

Can he prevent the Dark Horde from descending on the Kingdoms and extinguishing the light forever?

Das sagen andere Hörer zu The Call of the Sylvana