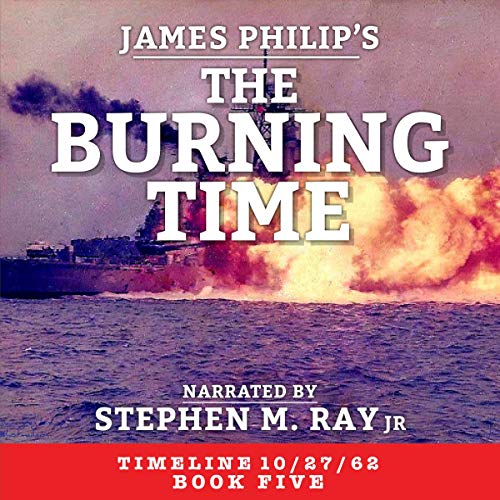 The Burning Time is book five of the alternative history series Timeline 10/27/62.

The atomic mushroom clouds over the Mediterranean have dispersed, and now, as the world teeters on the brink of a new thermonuclear war, it is dawning on the "victors" that their "victory", far from being absolute, was tragically pyrrhic.

In the uneasy half-peace, the United States stirs from its post-Cuban Missiles War slumber. But will it awaken soon enough to overcome its own divisions to confront the new and terrible forces unleashed by Red Dawn's first paroxysm of violence?

Now is a time for betrayal. Now is judgement day, when all the mistakes of the months since the October War will come back to haunt the "victors".