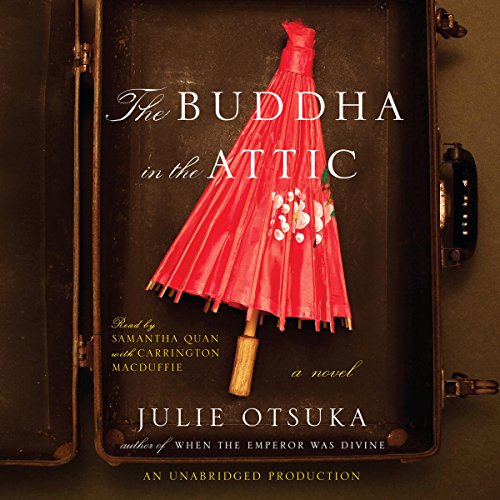 The Buddha in the Attic

Julie Otsuka’s long awaited follow-up to When the Emperor Was Divine (“To watch Emperor catching on with teachers and students in vast numbers is to grasp what must have happened at the outset for novels like Lord of the Flies and To Kill a Mockingbird” - The New York Times) is a tour de force of economy and precision, a novel that tells the story of a group of young women brought over from Japan to San Francisco as ‘picture brides’ nearly a century ago.

In eight incantatory sections, The Buddha in the Attic traces their extraordinary lives, from their arduous journey by boat, where they exchange photographs of their husbands, imagining uncertain futures in an unknown land; to their arrival in San Francisco and their tremulous first nights as new wives; to their backbreaking work picking fruit in the fields and scrubbing the floors of white women; to their struggles to master a new language and a new culture; to their experiences in childbirth, and then as mothers, raising children who will ultimately reject their heritage and their history; to the deracinating arrival of war.

In language that has the force and the fury of poetry, Julie Otsuka has written a singularly spellbinding novel about the American dream.

From the Hardcover edition

Das sagen andere Hörer zu The Buddha in the Attic