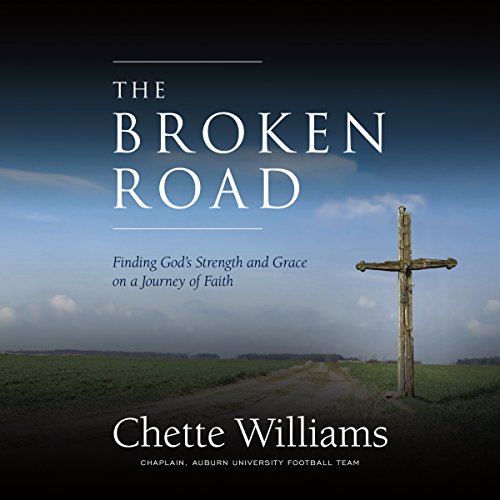 For 11 players on the Auburn University football team, the road to the 2011 BCS National Football Championship began among the poorest of the poor outside Puerta Plata, Dominican Republic. Team chaplain Chette Williams led those young men on a mission trip that opened their eyes to the desperate needs of others. The players spent time among children who were living on the streets and finding their next meal at the garbage dump on the outskirts of town. In their few days together, the children the athletes had hoped to help transformed the players by touching their hearts and sharing their smiles. That trip was the beginning of a journey that would change the entire Auburn football team.

Week by week, Brother Chette (as the players know him) and the Auburn coaches led the team to a deeper understanding of who they were and what really matters in the world. And along the way, they won 14 straight football games and the BCS Football Championship. The Broken Road chronicles the team's story from the Dominican Republic mission trip to the championship game.