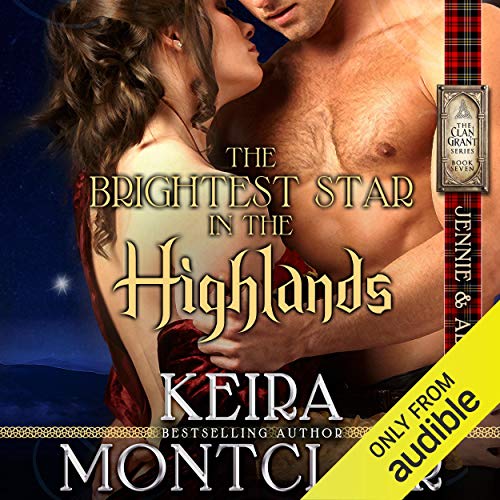 The Brightest Star in the Highlands: Jennie and Aedan

Jennie Grant has always wished to be a healer, but when her clan becomes involved in the violence that has broken out across the Highlands, it shakes her belief in herself. She no longer knows if she can work in a trade where life and death exist in such a fine balance. Desperate to clear her head and spend some time away from the wounded men who crowd the sickroom in the Grant keep, she travels to Lochluin Abbey for sanctuary. But even there, she cannot escape her calling. The abbey sits on the land of the Cameron clan, and when the new chieftain is injured in battle, Jennie is the only person capable of saving him.

Though Aedan Cameron would sooner spend his life as a scholar, reading, and watching the stars than assume a leadership role in his clan, his father's untimely death forces his hand. To make matters worse, he's immediately called upon to ride into battle to protect his land and his people. But everything changes for Aedan when a beautiful girl with a mind as curious as his own heals him. Suddenly, he realizes he's capable of becoming the leader his father wanted him to be while still pursuing the stars. Aedan recognizes his soul mate in Jennie, but can their love survive the mysterious threat to his land?