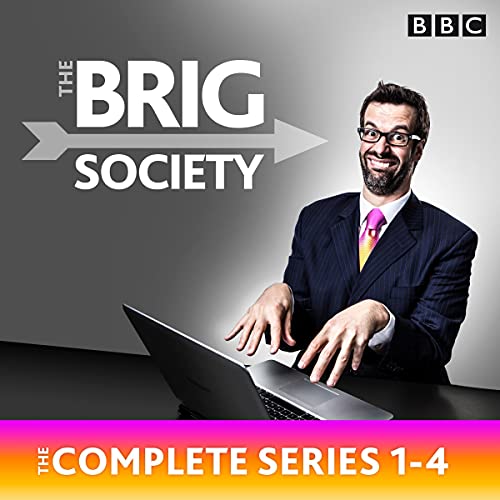 The Brig Society: The Complete Series 1-4

In the complete series one to four of the multi-award-winning hit show from the people who brought you Cabin Pressure and Armando Iannucci's Charm Offensive, stand-up comedian Marcus Brigstocke has been put in charge of a thing!

In each episode, Marcus finds he's volunteered to be in charge of a big old thing - a hospital, a prison, the banking system, the great British press - and each week, he starts out by thinking 'Well, it can't be that difficult, surely?' and ends up with 'Oh - turns out it's utterly difficult and complicated. Who knew...?'.

Helping him fail to find the answers are regular guest stars such as Rufus Jones (Hunderby, Holy Flying Circus), William Andrews (Sorry, I've Got No Head), Margaret Cabourn-Smith (Miranda) and Colin Hoult (from Ricky Gervaise's Derek). Together they tackle the ills of British society, from the House of Lords and internet-trolling all the way up to the big issues - like why a paisley hanky is good for hiding disreputable stains, and how to use toothpaste to fool your landlord.

A Pozzitive Production for BBC Radio 4