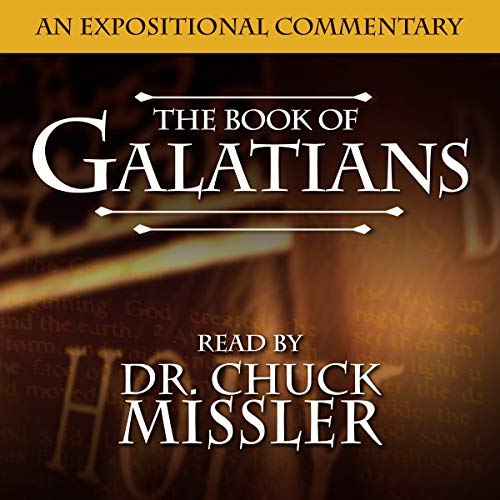 The Book of Galatians: A Commentary

The Book of Galatians: A Commentary

The Epistle to the Galations is regarded as one of Paul's greatest and most important letters. It has been characterized as a "short Romans" and embraces in its six short chapters such a variety of vehement and intense emotion as could not be paralleled in any work.

As the second of the trilogy on Habakkuk 2:4, "The just shall live by faith," Galatians embodies the germinal teaching on Christian freedom, which separated Christianity from Judaism and which launched it upon its destiny on missionary conquest. Galatians is the guidebook for the release from the bondage of religious legalism.

The Epistle to the Galatians stands as a challenge to all who would take away the grace of God, the truth of the Gospel, and the joy and freedom that goes with it.

Another great in depth teaching from Chuck Missler

Again Chuck Missler challenges his listeners to think and dig deeper into the Scripture, and to find out for them self's, that the truth will set them free.