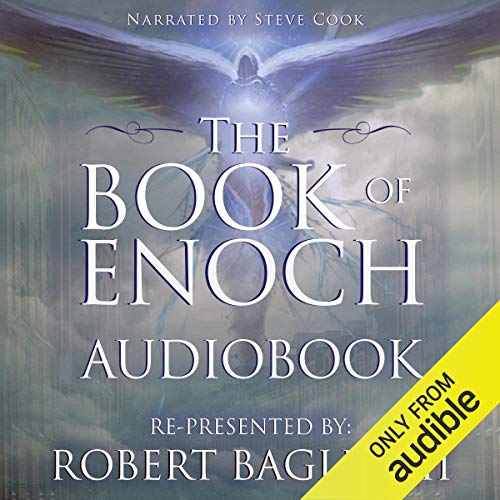 The Book of Enoch

This is the full, uninterrupted audiobook reading of I Enoch (or First Enoch) - read with the passion this masterpiece deserves by number one best-selling voice talent, Steve Cook.

Why is The Book of Enoch so important to anyone interested in Biblical history?

The answer is simple: It is directly quoted in the New Testament by Jude (vv.14-15). Themes of the book referenced in 2 Peter 2:1. Jesus also used content from The Book of Enoch in many of his sermons in Matthew and Luke.

The first 36 chapters have been considered scripture in the Ethiopic Coptic Church (a church that ascribes their founder as the Apostle John).

It was one of the most significant Jewish Pseudepigrapha (writings ascribed to some other than the real author).

It is believed that The Book of Enoch was taken out of the Jewish Canon by the Sanhedrin just after Jesus' death because of the prophesies they thought pointed to Jesus as the Messiah. However, The Oxford Dictionary of the Christian Church states,

"...this view has been increasingly questioned, especially since the discovery of the Qumran fragments [where Dead Sea Scrolls were found]; for although all the other sections of 1 Enoch are well represented in these fragments, the messianic chapters (37-71) were not represented at all. Nor are they represented in the Greek and Latin fragments. It is probable, therefore, that they are a later (Christian) insertion into the Book and that it was the New Testament which influenced them rather than vice versa."

In this text, you will hear the word of God through this amazing document. We will take this amazing journey together and learn why this text is not an official book of the bible as well as other amazing fun facts and surprises.

So put your hand in mine and walk the same path that I walk as we enter into The Book of Enoch.

Learning and understanding more about the Bible

The Book of Enoch is in more Detail than the first books of the Bible. It helps you to understand the Bible better as it goes into more Detail about the beginning before the flood. . Enoch was a true man of the one and only God You have to listen to it slowly (study it) as it has soooo.... many Details.