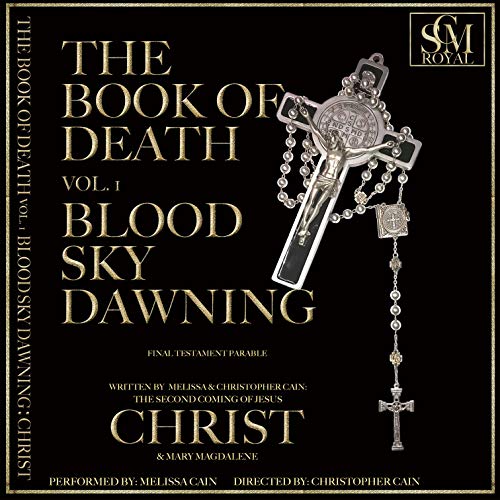 The Book of Death Vol. 1

The first of God’s final testament biblical parables chronicling the final war of heaven and hell, and dispelling the long-engrained fear of death by illuminating the truth behind the purpose of human life-written by the second coming of Jesus Christ and Mary Magdalene.

On the eve of the day of revelation, the cold war between God and Satan is over; and the august, grandeur lives of Earth’s elite echelon cataclysmically collide as the execution date for the brutal murder of Jesus Christ, and the rising rebellion of Satan, eclipses the horizon.

Now, judgement is imminent; and humanity chooses sides when the second coming of Jesus Christ returns upon the modern world to fulfill God’s final prophecy, gather the chosen, build the divine army, and reclaim his queen.

Consequently, in the Prince of Darkness’ desperate bid to defeat God, eternal salvation is at stake as Satan uses his one chance incarnate to hold humanity hostage and steal the only soul who can tip the scales of victory by making her his bride - Dr. Madeline Knight, the second coming of Mary Magdalene.

From New Orleans to Salem, Chicago to Cincinnati, to Haiti and back again, eternity and extinction converge, and only the faithful will survive when the top leaders of the final war of Heaven and Hell descend and ascend upon the earthly plane. And unless Madeline defeats Satan in the battle to reclaim her namesake, she will never reunite with the second coming of Jesus Christ, and succumb to the same fate as the condemned souls he returned to save.