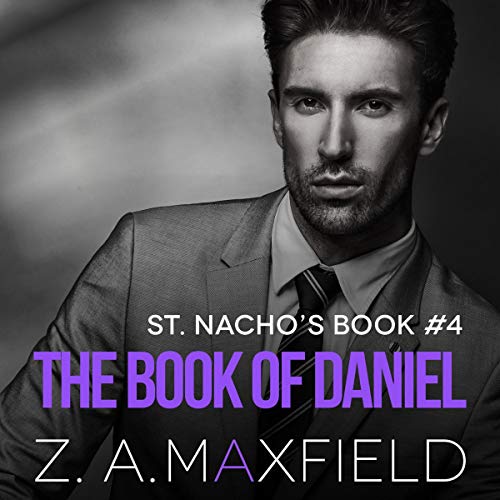 The Book of Daniel

Daniel Livingston is finally free. He's come clean about his passionless marriage and moved to St. Nacho's where he can spend time with his brother. Now he's ready explore the endless sexual buffet being hot and rich and single has to offer. The problem is a firefighter named Cameron Rooney who haunts his every waking thought and half his dreams. No doubt about it. Cam is going to require a level of honesty Dan has never before considered, and in order to achieve that, he will have to turn his life inside out. Coming clean to his ex-wife will cost him money, doing right by St. Nacho's will anger his business partner, and exploring a painful family secret will hurt the one person Dan has sworn to protect.

Cam's faith in Dan is tested and Dan's belief in himself is nearly non-existent. In the end, forging a new path could cost him everything or net him the most important score of his life in The Book Of Daniel. Publisher's Note: This book contains explicit sexual content, graphic language, and situations that some listeners may find objectionable: male/male sexual practices.