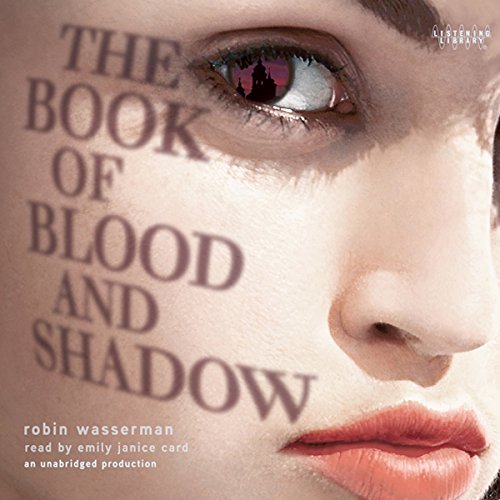 The Book of Blood and Shadow

It was like a nightmare, but there was no waking up.

When the night began, Nora had two best friends and an embarrassingly storybook one true love.

When it ended, she had nothing but blood on her hands and an echoing scream that stopped only when the tranquilizers pierced her veins and left her in the merciful dark. But the next morning, it was all still true: Chris was dead.

His girlfriend Adriane, Nora's best friend, was catatonic. And Max, Nora's sweet, smart, soft-spoken Prince Charming, was gone. He was also - according to the police, according to her parents, according to everyone - a murderer.

Desperate to prove his innocence, Nora follows the trail of blood, no matter where it leads. It ultimately brings her to the ancient streets of Prague, where she is drawn into a dark web of secret societies and shadowy conspirators, all driven by a mad desire to possess something that might not even exist. For buried in a centuries-old manuscript is the secret to ultimate knowledge and communion with the divine; it is said that he who controls the Lumen Dei controls the world. Unbeknownst to her, Nora now holds the crucial key to unlocking its secrets. Her night of blood is just one piece in a puzzle that spans continents and centuries. Solving it may be the only way she can save her own life.

“Readers who enjoy fast-paced, bloody, historically inflected thrillers in the vein of Dan Brown will be riveted.” ( Publishers Weekly)

The Story had lengths especialy at the beginning. But turned soon gripping.
The narrater was good. But i could have wished for a little more emphasis on the feelings of the persons and their voices.
All in all a good audiobook. But i dont think i will hear it a second time.