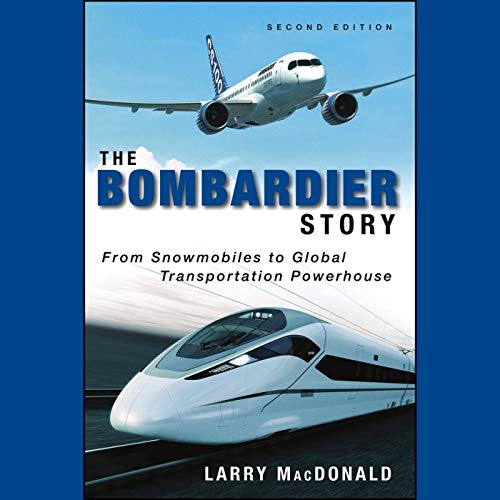 Bombardier was under attach again. This time, the flack was coming from the president of Berlin-based Adtranz, the rail equipment subsidiary of DaimlerChrysler AG. In 1999, he traveled to Toronto and made a speech in which he warned that Adtranz was coming to challenge Montreal-based Bombardier on its home turf of North America. His motive was retaliation: He did not like Bombardier's invasion of Adtranz's European markets. So he was going to put the upstart from the hinterlands in its place. "The major player in the United States of the future will be, I believe, Adtranz," he predicted.

In the spring of 2001, Bombardier acquired Adtranz. The purchase more than doubled annual revenues at Bombardier's rail equipment division and catapulted Bombardier into the number one spot in the railway equipment industry, ahead of the rail divisions of Franco-British conglomerate Alstom and German industrial giant Siemens.

What made Bombardier's progression in rail equipment all the more remarkable is that it occurred while yet another progression was under way at Bombardier's aerospace group. In 1986, the company decided to enter the aerospace sector by acquiring business-jet maker Canadair Ltd. of Montreal. This was followed by acquisitions of several other ailing aerospace companies, including world-renowned Learjet. Turning around these floundering assets, Bombardier came out of nowhere to become, in a little more than a dozen years, the third-largest member of the civil aerospace manufacturing industry. Only US giant Boeing and European colossus, the Airbus consortium, are larger.