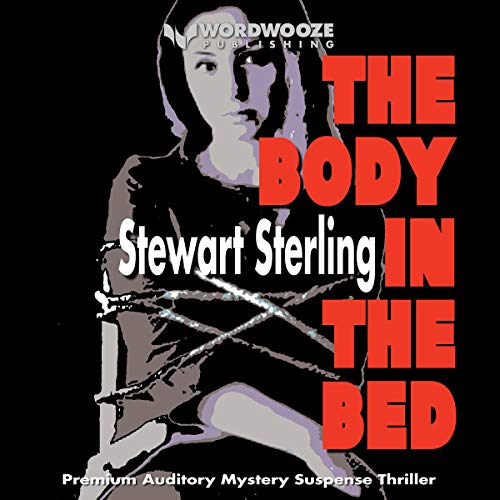 The Body in the Bed

The Body in the Bed

It was just another busy day at the Plaza Royale - until a pretty hotel manicurist, white with terror, suddenly fled through the lobby and disappeared into the crowded Manhattan streets. Her unexplained flight, and the discovery of some bloodstained pillowslips, gave Gil Vine, the hotel's detective, the tipoff that trouble was brewing. Its source turned out to be the suite of a secretive South American mogul and his entourage including a beautiful señorita, a vicious monkey, a muscular valet, and an elusive character known as Miguel. When Gil investigated, he walked into one of the most explosive situations in his career. For the Latin was really an ousted dictator, loaded with stolen money and jewels, and with a host of assassins pledged to kill him!

The Body in the Bed is one of the most exciting of the classic 1950s Gil Vine mystery novels.

Stewart Sterling is credited by leading reviewers with having been one of the originators of the "specialized" or modus operandi school of detective story writers as opposed to the private investigator who has no background in any particular field of criminal activity. His Special Squad stories in Black Mask were the first to make use of inside techniques as used by the Loft Squad, the Bomb and Forgery Squad, the Criminal Identification Bureau, and the Stolen Property Bureau of the New York Police Department. His Fire Marshal Pedley stories were acclaimed by Thomas Brophy, New York City's most celebrated Fire Marshal, as being true to the modern methods employed in the detection of arsonists. His hotel detective tales, with Gil Vine as Chief Security Officer of a swank Fifth Avenue hotel, have been published in many foreign countries - and Sterling received letters from all over the world, with the Oliver Twist request for "more."

Das sagen andere Hörer zu The Body in the Bed