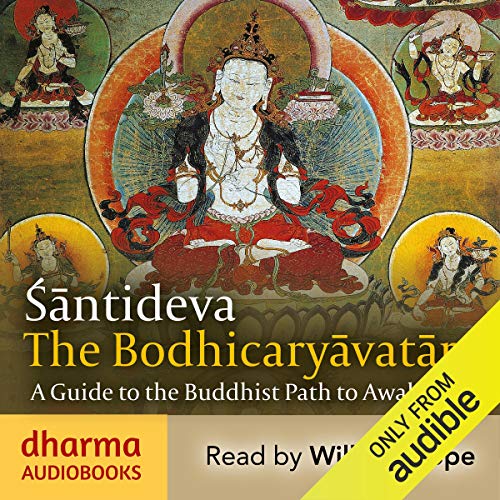 Written in India in the early eighth century CE, Santideva's Bodhicaryavatara takes as its subject the profound desire to become a Buddha and save all beings from suffering. The person who enacts such a desire is a Bodhisattva.

Santideva not only sets out what the Bodhisattva must do and become; he also invokes the intense feelings of aspiration which underlie such a commitment, using language which has inspired Buddhists in their religious lives from his time to the present.

Important as a manual of training among Mahayana Buddhists, especially in the Tibetan Buddhist tradition, The Bodhicaryavatara continues to be used as a basis for teaching by modern Buddhist teachers. His Holiness the Dalai Lama frequently cites passages as his highest inspiration.

In this recording, William Hope first of all reads the work in its entirety so that the listener can gain an overall perspective and emotional engagement with the text and then embarks on the 'study' section, where the translators introduce each chapter, making crucial helpful points.

Translated with introductions and notes by Kate Crosby and Andrew Skilton. With a general introduction by Paul Williams.