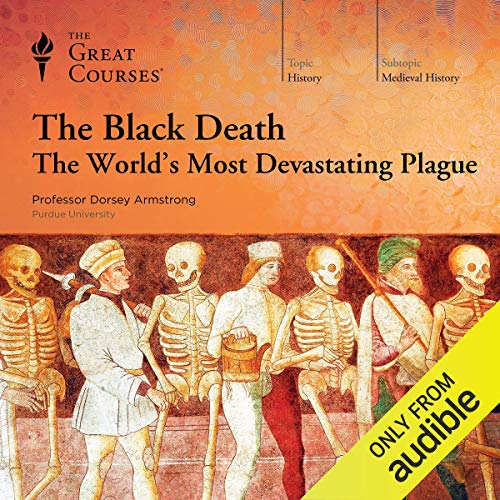 The Black Death: The World's Most Devastating Plague

Many of us know the Black Death as a catastrophic event of the medieval world. But the Black Death was arguably the most significant event in Western history, profoundly affecting every aspect of human life, from the economic and social to the political, religious, and cultural. In its wake the plague left a world that was utterly changed, forever altering the traditional structure of European societies and forcing a rethinking of every single system of Western civilization: food production and trade, the church, political institutions, law, art, and more. In large measure, by the profundity of the changes it brought, the Black Death produced the modern world we live in today.

While the story of the Black Death is one of destruction and loss, its breathtaking scope and effects make it one of the most compelling and deeply intriguing episodes in human history. Understanding the remarkable unfolding of the plague and its aftermath provides a highly revealing window not only on the medieval world but also on the forces that brought about the Renaissance, the Protestant Reformation, and modernity itself.

Speaking to the full magnitude of this world-changing historical moment, The Black Death: The World's Most Devastating Plague, taught by celebrated medievalist Dorsey Armstrong of Purdue University, takes you on an unforgettable excursion into the time period of the plague, its full human repercussions, and its transformative effects on European civilization. In 24 richly absorbing lectures, you'll follow the path of the epidemic in its complete trajectory across medieval Europe. Majestic in scope and remarkable in detail, this course goes to the heart of one of Western history's most catalytic and galvanizing moments, the effects of which gave us the modern world.

The lecture course is well structured but somehow too repetitive and with slow information flow.

A very interesting topic very thinly covered in the course. Painstakingly repetitive, full of exaltation but deprived of content, convoluted exposition of causes of the pandemics, some claims raise an eyebrow.

I might be biased as I am a medical scientist / MD

Certainly rather focused on the cultural aspects, but still very interesting for customers coming from the biological / medical branch for the history, too. However, parts relating to the way plague spread(s) might warrant more scrutiny. Too little emphasis is put on direct person-to-person transmission (for the pneumonic form or by fleas), thus listeners might conclude that all you had to do was controlling the rat population. Also the chapter on the causes of "the Black Death" could be more scientific and less anecdotal. But this criticism only applies for some sentences and parts of a few chapters, as the general history and narrative stands on its own. Hence nonetheless highly recommended.

This was a very detailed and informative course on the Black Death. I really enjoyed all of the information, but especially how the consequences of the disease shaped our modern world. The parallels drawn between the Plague and HIV and Ebola were especially pertinent.