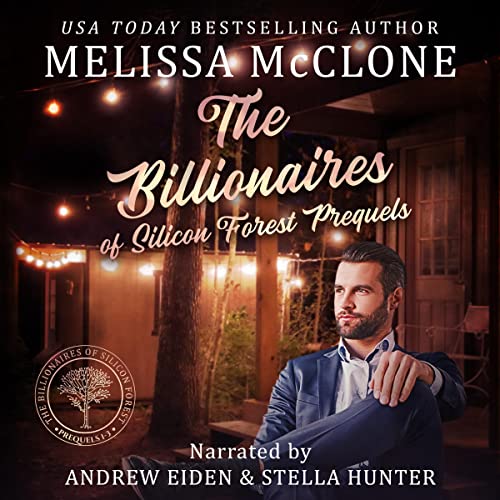 Before the laughs, loves, and happily ever afters, there was the bet…The bet was simple. The last of Henry Davenport’s six billionaire friends to marry wins the half billion dollars and the all-important bragging rights. But, who knew losing could be so sweet?

Adam Zeile is not impressed with real estate agent Cambria Baker or the dilapidated cabin she’s trying to sell him. But, will a mudslide - and one unforgettable kiss - make them put aside their differences and take a shot at love?

Kieran O’Neal didn’t mean to deceive Chief Product Officer Selah Burton. But, will his good intentions - and the growing attraction between them - be enough to make her forgive him when the truth comes out?

Mason Reese’s dinner party is just what Rachael Saunders, the posh planner, needs to take her career to the next level. How was she supposed to know the party was just a ploy to spend time with her…or that she’d be so dangerously attracted to him?

Six billionaires. One Bet. Who’ll be the last man standing? Get this audiobook today, and find out!