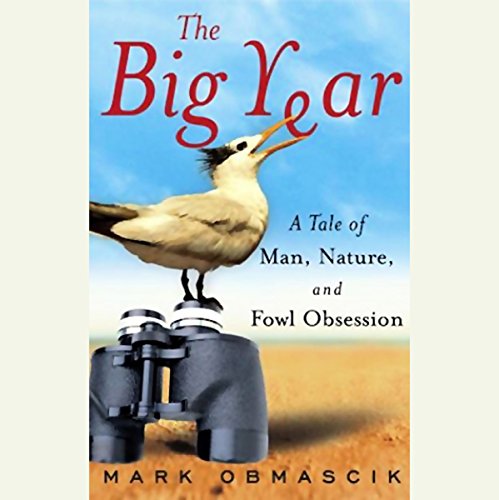 Every year on January 1, a quirky crowd of adventurers storms out across North America for a spectacularly competitive event called a Big Year: a grand, grueling, expensive, and occasionally vicious, "extreme" 365-day marathon of birdwatching. For three men in particular, 1998 would be a whirlwind, a winner-takes-nothing battle for a new North American birding record.

In frenetic pilgrimages for once-in-a-lifetime rarities that can make or break their lead, the birders race each other from Del Rio, Texas, in search of the rufous-capped warbler, to Gibsons, British Columbia, on a quest for Xantus's hummingbird, to Cape May, New Jersey, seeking the offshore great skua. Bouncing from coast to coast on their potholed road to glory, they brave broiling deserts, roiling oceans, bug-infested swamps, a charge by a disgruntled mountain lion, and some of the lumpiest motel mattresses known to man. The unprecedented year of beat-the-clock adventures ultimately leads one man to a new record, one so gigantic that it is unlikely ever to be bested: finding and identifying an extraordinary 745 different species by official year-end count.

Prize-winning journalist Mark Obmascik creates a rollicking, dazzling narrative of the 275,000-mile odyssey of these three obsessives as they fight to the finish to claim the title in the greatest, or maybe the worst, birding contest of all time.

"A fun account of a whirlwind pursuit of birding fame. " ( Publishers Weekly)
"With a blend of humor and awe, Obmascik takes the reader into the heart of competitive birding, and in the process turns everyone into birders. " ( Booklist)
"Charming, engrossing, and educational even for people who can't tell a mudhen from a magpie." ( Washington Post)
"A rollicking, feather-ruffler of a read, this uproarious adventure...will have you cawing with laughter." (Jeff Corwin)