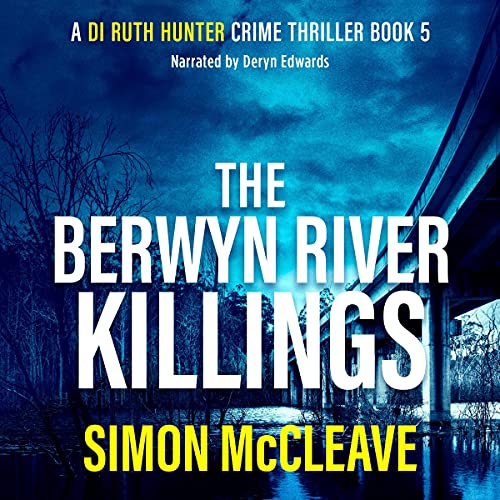 A double suicide. A dark investigation into historic abuse. Can DI Ruth Hunter link the present killings to secrets of the past before the killer strikes again?

Detective Inspector Ruth Hunter has resolved to put her past life in London behind her. So when two seemingly routine suicides start to look suspicious, Ruth is keen to throw herself into a new investigation, lead her CID team and solve what appears to be a complex case. However, as the former London detective digs into the past of the victims’ lives, she uncovers a dark web of abuse within the music industry.

Tracking down clues alongside her hot-headed partner DS Nick Evans, Ruth becomes increasingly frustrated by an investigation where there is no obvious prime suspect. It’s not until there is a shocking twist, that Ruth and her team are able to put the pieces together of a baffling case. Can she track down the killer before they disappear for good?

The Berwyn River Killings is the fifth book in the gripping Ruth Hunter Crime Thriller series. If you like chilling police procedurals, true-to-life characters, and psychological twists, then you’ll love Simon McCleave’s pause-resister.