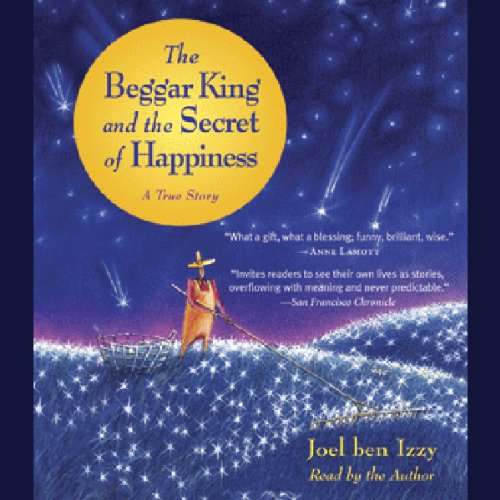 The Beggar King and the Secret of Happiness

The Beggar King and the Secret of Happiness

When a storyteller loses his voice, he believes he's lost everything. In fact, he's been given a great gift.

Once upon a time, a successful storyteller lost his voice to throat cancer. Deprived of the instrument of his art and his livelihood, he retreated into dark, sullen silence and depression. While searching for a spiritual explanation, he encountered his former mentor, a cantankerous and often drunken old man. Their meetings began a journey into the timeless wisdom of ancient tales: of beggars and kings, monks and tigers, lost horses, buried treasures, and ultimately the secret of happiness.

In this altogether original book, Joel ben Izzy shares his personal account of surviving loss, gaining wisdom, and rediscovering one's true purpose. Weaving in tales he's collected over the years from Sufi, Muslim, Chinese, Jewish, Iraqi, Zen Buddhist, Italian, and Indian cultures, he passes along the lessons he has learned. As we travel with ben Izzy from tragedy back into light and sound, we are encouraged to see our own lives as stories, and to open our own hearts to happiness.

"His memoir shines with brisk suspense as well as his unerring, precise eye for including only the elements of his hard-won wisdom that matter the most." ( Publishers Weekly)