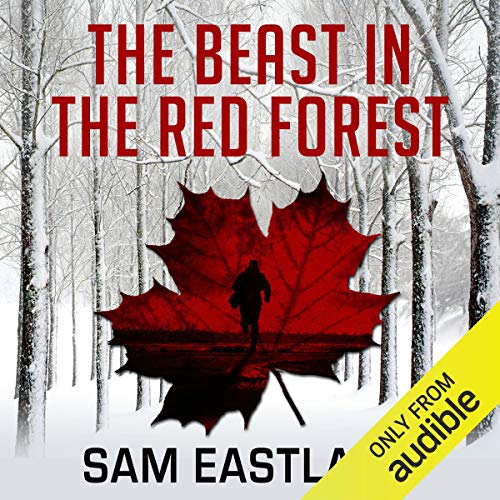 The Beast in the Red Forest

A soldier returns from the front line of battle to report that Pekkala's charred body has been found at the site of an ambush. But Stalin refuses to believe that the indomitable Pekkala is dead.

On Stalin's orders, Pekkala's assistant, Kirov, travels deep into the forests of Western Russia, following a trail of clues to a wilderness where partisans wage a brutal campaign against the Nazi invaders. Unknown to Kirov, he is being led into a trap. A new enemy has emerged from the fog of war, more deadly than any Kirov or Pekkala have ever faced before.

Pursuing the legend of a half-human creature said to roam the landscape of this war within a war, each step brings Kirov closer to the truth about Pekkala's disappearance. Meanwhile, Pekkala's nemesis is also closing in for the kill.

Sam Eastland lives in the US and the UK. He is the grandson of a London police detective. Eye of the Red Tsar, the first in the Inspector Pekkala series, was followed by The Red Coffin and Siberian Red.