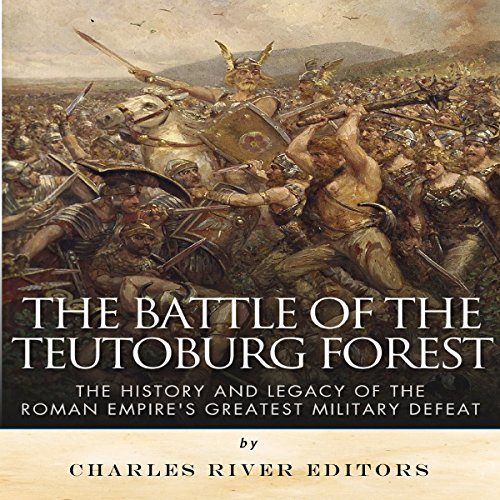 The Battle of the Teutoburg Forest

Every great nation or empire has had at least one horrific military loss or disaster in their history, and the Roman Empire, perhaps the greatest empire that ever existed in the Western world, was no exception to this rule. While Rome certainly suffered defeats and outright massacres over the course of its long and storied history, none of them were as disturbing for the Empire as the battle of the Teutoburg Forest in 9 CE. This battle, which took place in Germany, is also known as the Varian disaster, named after the governor of the Roman province, Germania Publius Quinctilius Varus. Varus was not only the Roman governor of the Roman controlled sections of Germania, he was also the highest military authority, being able to make decisions as to the who, what, where, when, why, and how of military maneuvers and operations. It was Varus, then, who was in direct command of the Roman legions destroyed in the battle.

The battle remains pertinent not only to military historians and archeologists but also to modern military officers around the world as well. As recently as 2009, the United States of America's Army Command and General Staff College published a work that focused upon the Roman legions in the Teutoburg Forest. This work was an examination of the battle in order to help understand the failures made by Varus, and how to avoid them. While it may seem unusual for a modern military to examine the mistakes of the past, it isn't; the Army used the battle as an example of how a theoretically inferior force, the Germanic warriors, were able to defeat a superior force in the Roman legions.

Indeed, the Battle of the Teutoburg Forest featured some of the finest fighting forces in the world – the Roman legionaries – and a group of people whom the Romans didn't consider human at all – the Germanic tribes. Nonetheless, the battle between these two forces, in the narrow confines of the Teutoburg Forest, would be a turning point in the histories of both nations. Never again would Rome seek to establish a colony and create a functioning province out of the Germanic area; in fact, the Romans never ventured east of the Rhine River after the disastrous expedition. For the Germanic tribes, while they would later suffer from punishment excursions by various Roman legions following the battle of the Teutoburg Forest, they proved that they could hold their own against the might of the Roman Empire and that their land was indeed their own.