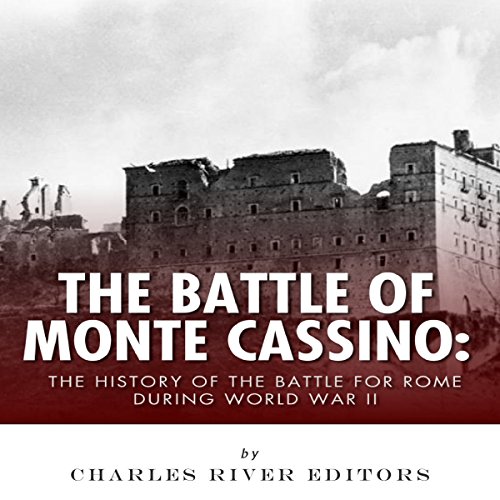 The Battle of Monte Cassino

Germany's North African defeat opened up the possibility of taking the war in the west to the European continent for the first time since France's lightning conquest by the Wehrmacht in 1940. The British and Americans debated the merits of landing in France directly in 1943, but they ultimately opted against it. The Soviets railed at the Westerners as "bastards of allies" - conveniently forgetting that they aided and abetted Hitler's violent expansionism in Eastern Europe for over a year starting in 1939 - but a 1943 "D-Day" style landing in France might have proven a strategic and logistical impossibility anyway.

Thus, in 1943, the theater of Allied operations shifted from North Africa to Europe - Operation Husky, a mixed victory wresting control of Sicily from the Axis. The action also caused Benito Mussolini's downfall, his imprisonment, and subsequent dramatic rescue by the scar-faced Otto Skorzeny - removing significant portions of Italy from the fascist camp, but nevertheless failing to prevent a long Italian campaign.

In fact, the lackluster Allied showing on Sicily and the escape of most of the island's garrison encouraged Hitler to alter his plans and defend Italy vigorously. With its rugged mountain ridges, deep valleys, and numerous rivers, Italy contained tens of thousands of natural defensive positions. The Wehrmacht exploited these during the ensuing campaign, bogging down the Anglo-American armies in an endless series of costly, time-consuming engagements.

Indeed, it was a tough slog, and few places were tougher on the Allies than Monte Cassino, which witnessed a series of Allied attacks along the German line that aimed to create a breakthrough to Rome. Ultimately, the attacks would force the Germans into retreat, but not before they had inflicted over 50,000 casualties at a cost of about 20,000 of their own. The battle is perhaps best remembered today for the destruction of a historic abbey that dated back to the sixth century, and the controversial decision to bomb it is still widely debated today, but regardless, Monte Cassino and other operations around Anzio made it possible for the Allies to take Rome on June 4, 1944. Two days later, the Allies would land at Normandy.

The Battle of Monte Cassino: The History of the Battle for Rome during World War II chronicles the crucial 1944 battle. You will learn about Monte Cassino like never before, in no time at all.