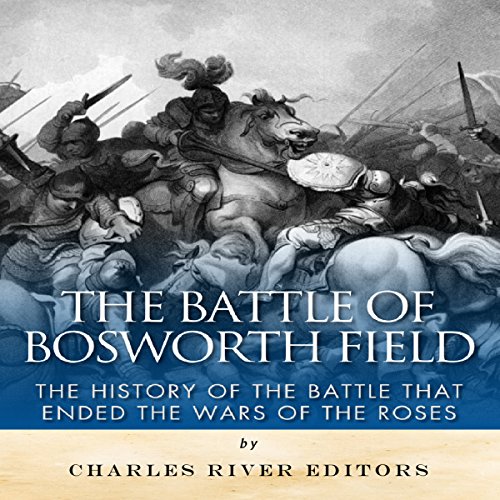 The Battle of Bosworth Field: The History of the Battle That Ended the Wars of the Roses

The Battle of Bosworth Field: The History of the Battle That Ended the Wars of the Roses

"Near this spot, on August 22, 1485, at the age of 32, King Richard III fell fighting gallantly in defence of his realm and his crown against the usurper Henry Tudor."

Today, roses are a sign of love and luxury, but for over 30 years, they provided the symbols for two houses at war for control of England. Thousands of people died and many more were injured fighting beneath the white rose of York and the red rose of Lancaster, and the noble families ruling England tore each other apart in a struggle that was as bitter as it was bloody. Though what followed was a period of strong rule under the Tudors monarchs, it ultimately came at a terrible cost, and even then, it was through Elizabeth of York that the Tudor line received its legitimacy. After all, while Henry VII won his throne in battle, Elizabeth of York was the daughter of King Edward IV of England, a Yorkist monarch.

Few battles in English history are as famous as Bosworth Field. Fought on August 22, 1485, it was the one which decided the outcome of that long and messy conflict. English king Richard III, who had only recently taken the throne, had superior numbers at the battle, but an army fighting under future king Henry VII proved to have the better fighters. When forces near the field under Lord Stanley sided with Henry during the battle, they surrounded and killed Richard. The last York King went down fighting, but as news of the king's death spread, his army turned and ran, and with that, Henry Tudor was now King Henry VII.

Immortalized in drama by William Shakespeare and in comedy by Rowan Atkinson and Richard Curtis, the Battle of Bosworth Field has been a mainstay of British culture since the day it was fought.