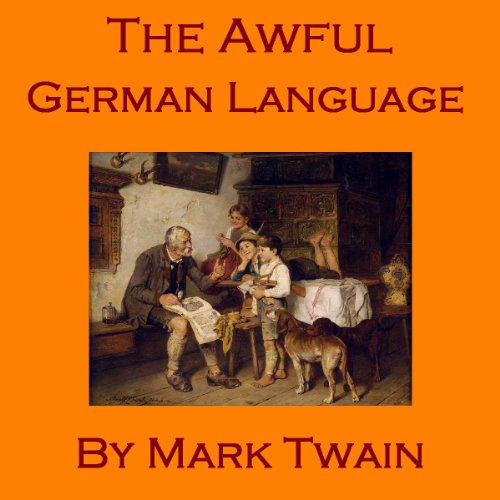 Mark Twain's classic satire on the German language. A must listen for anybody learning German or living in a German-speaking country.

"The Germans have another kind of parenthesis, which they make by splitting a verb in two and putting half of it at the beginning of an exciting chapter and the other half at the end of it. Can anyone conceive of anything more confusing than that?

These things are called 'separable verbs'. The German grammar is blistered all over with separable verbs; and the wider the two portions of one of them are spread apart, the better the author of the crime is pleased with his performance."

Even though Twain's humourous assessment of the qualities and shortcomings of German are somewhat dated, they still largely apply to modern-day spoken and written German and how it must appear from an English native speaker's point of view. Highly enjoyable read, or rather listen. And pleasantly short at only about an hour.

Funny, although (logically) with some really old german words. Not that easy to understand for non-native speakers.