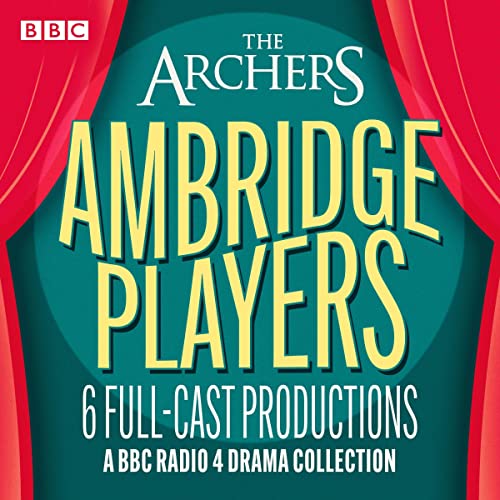 The Archers: The Ambridge Players

Classic plays and ghost stories, as performed by the residents of Ambridge and friends - plus bonus drama Dead Girls Tell No Tales.

Borsetshire's queen of amateur theatricals, Lynda Snell, never misses the chance to put on a Christmas show. Her productions are always a big hit with Ambridge audiences - and now, Archers fans can enjoy these top-notch performances alongside them (as well as eavesdropping on the shenanigans backstage).

In Blithe Spirit, the Ambridge Am-Dram Society and guest star Julian Rhind-Tutt recreate Noël Coward's ghostly masterpiece, and Lynda finds herself in sympathy with eccentric medium Madame Arcati as she attempts to conjure some festive high spirits. Calendar Girls sees the group taking on Tim Firth's comedy of jam and Jerusalem, along with honorary resident Siân Phillips (who starred in the original West End show). Will the intrepid cast really bare all? And in the two-parter The Canterbury Tales, the company present barnstorming adaptations of Chaucer's classic stories of courtly love, deadly rivalry and boisterous sex - with a little bit of magic thrown in.

In Ambridge Ghost Stories, it's a cold December night, in the darkened attic of Lower Loxley. Then Jim Llloyd (John Rowe) takes to the stage to recount three spine-chilling supernatural tales from the turn of the last century - 'The Room in the Tower' by E. F. Benson, 'Lost Hearts' by M. R. James and 'The Monkey's Paw' by W. W. Jacobs. Prepare to be enthralled - and terrified....

Also included are two special seasonal pageants, The Ambridge Mystery Plays - The Nativity and The Passion - and a stunning original drama by Joanna Toye. Starring Eleanor Tomlinson, Ysette Churchman and Miles Jupp, Dead Girls Tell No Tales explores the real story behind the death of Grace Archer: a watershed moment in the history of broadcasting and one of the defining cultural events of the 1950s.

Adapted and directed by Sean O'Connor.

The accompanying pianist was Simon Taranczuk.

'Tellers of the Tales'

'The Wife of Bath's Tale'

'The Room in the Tower' written by E F Benson.

Produced and directed by Charlotte Davey.

Produced and directed by Mel Ward.

Produced and directed by Charlotte Davey.