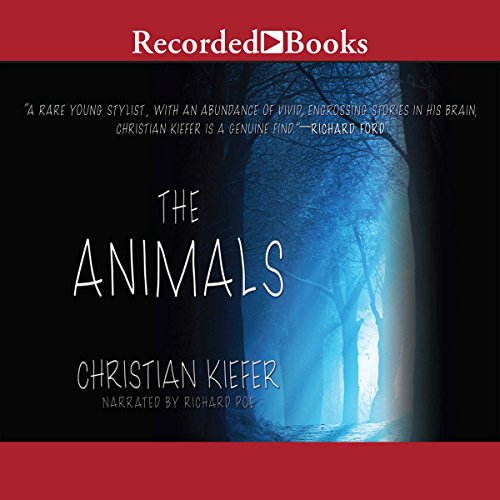 Bill Reed manages a wildlife sanctuary in rural Idaho, caring for injured animals - raptors, a wolf, and his beloved bear, Majer, among them - that are unable to survive in the wild. Seemingly rid of his troubled past, Bill hopes to marry the local veterinarian and live a quiet life together, the promise of which is threatened when a childhood friend is released from prison. Suddenly forced to confront the secrets of his criminal youth, Bill battles fiercely to preserve the shelter that protects these wounded animals and to keep hidden his turbulent, even dangerous, history.

Alternating between past and present, Christian Kiefer contrasts the wreckage of Bill's crime-ridden years in Reno, Nevada, with the elusive promise of a peaceful future. In finely sculpted prose imaginatively at odds with the harsh, volatile world Kiefer evokes, The Animals builds powerfully toward the revelation of Bill's defining betrayal - and the drastic lengths Bill goes to in order to escape the consequences.