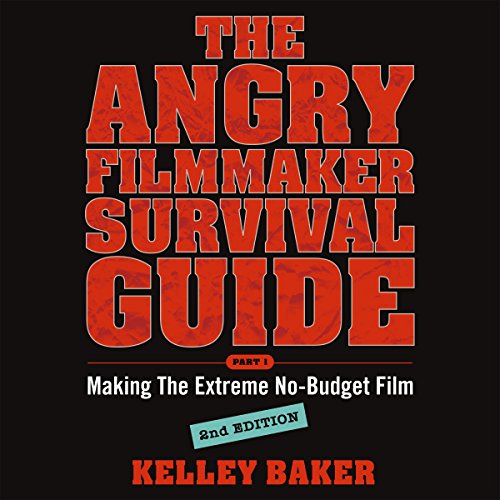 Kelley Baker is the Angry Filmmaker. But his independent films are not angry - they're honest. He's angry at the state of independent film. For Baker, it's about telling the story, not what actors are starring in it.

Baker worked in Hollywood for over 20 years. He was the sound designer on six of Gus Van Sant's feature films, including My Own Private Idaho, Good Will Hunting, and Finding Forrester.

He is a graduate of USC's film school and has written and directed three full length features (Birddog, The Gas Cafe, and Kicking Bird), eight short films, and quite a few documentaries. His films have aired on PBS and Canadian and Australian television, and have been shown at Film Festivals including London, Sydney, Sundance, and Edinburgh.

He travels the country showing his fiercely independent work at art house theaters, media art centers, colleges, universities, and even bars. Here, with all his attitude, is the wisdom of an Angry Filmmaker, gained the hard way, through experience.