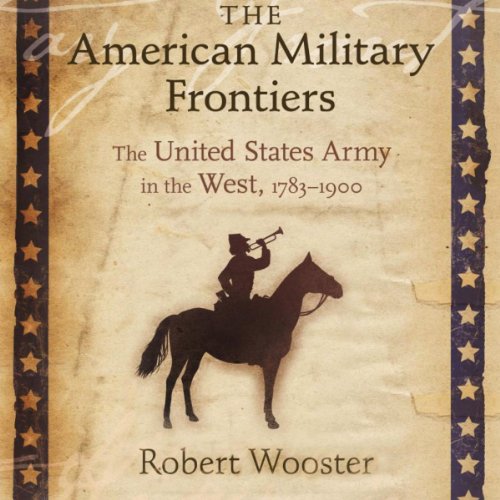 As the fledgling nation looked west to the land beyond the Appalachian Mountains, it turned to the army to advance and defend its national interests. Clashing with Spain, Britain, France, Mexico, the Confederacy, and Indians in this pursuit of expansion, the Army's failures and successes alternately delayed and hastened western migration. Roads, river improvements, and railroads, often constructed or facilitated by the army, further solidified the nation's presence as it reached the Pacific Ocean and expanded north and south to the borders of Canada and Mexico. Western military experiences thus illustrate the dual role played by the United States Army in insuring national security and fostering national development.

Robert Wooster's study examines the fundamental importance of military affairs to social, economic, and political life throughout the borderlands and western frontiers. Integrating the work of other military historians as well as tapping into a broad array of primary materials, Wooster offers a multifaceted narrative that will shape our understanding of the frontier military experience, its relationship with broader concerns of national politics, and its connection to major themes and events in American history.

"This impressive volume sums up and advances understanding of the US Army in the West. Highly recommended." ( Choice)
"Wooster deserves an appreciative audience for this work, among both lay readers and specialists alike." ( Great Plains Quarterly)
"Historians of the frontier, American West, and United States military will find gems of insight in its pages." ( American Historical Review)