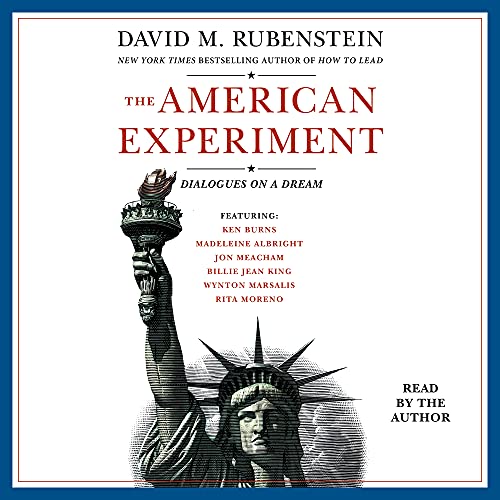 The capstone book in a trilogy from the New York Times best-selling author of How to Lead and The American Story and host of Bloomberg TV’s The David Rubenstein Show — American icons and historians on the ever-evolving American experiment, featuring Ken Burns, Madeleine Albright, Wynton Marsalis, Billie Jean King, Henry Louis Gates Jr., and many more.

In this lively collection of conversations — the third in a series from David Rubenstein — some of our nations’ greatest minds explore the inspiring story of America as a grand experiment in democracy, culture, innovation, and ideas.

Exploring the diverse make-up of our country’s DNA through interviews with Pulitzer Prize-winning historians, diplomats, music legends, and sports giants, The American Experiment captures the dynamic arc of a young country reinventing itself in real-time. Through these enlightening conversations, the American spirit comes alive, revealing the setbacks, suffering, invention, ingenuity, and social movements that continue to shape our vision of what America is — and what it can be.