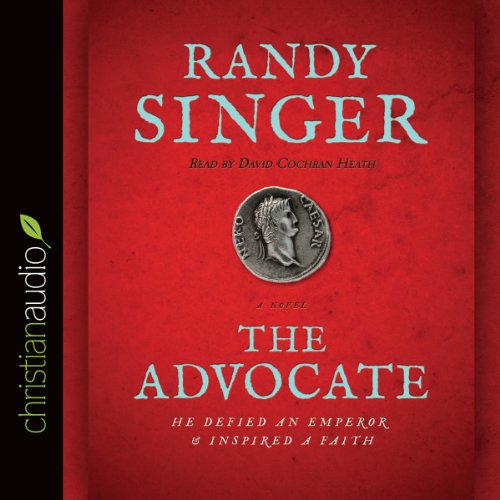 At the trial of Christ, Theophilus, brilliant young assessore raised in the Roman aristocracy, stands behind Pontius Pilate and whispers, "Offer to release Barabbas." The strategy backfires, and Theophilus never forgets the sight of an innocent man unjustly suffering the worst of all possible deaths - Roman crucifixion.

Three decades later, Theophilus has proven himself in the legal ranks of the Roman Empire. He has survived the insane rule of Caligula and has weathered the cruel tyrant’s quest to control the woman he loves. He has endured the mindless violence of the gladiator games and the backstabbing intrigue of the treason trials.

Now he must face another evil Caesar, defending the man Paul in Nero’s deranged court. Can Theophilus mount a defense that will keep another innocent man from execution?

The advocate’s first trial altered the course of history. His last will change the fate of an empire.