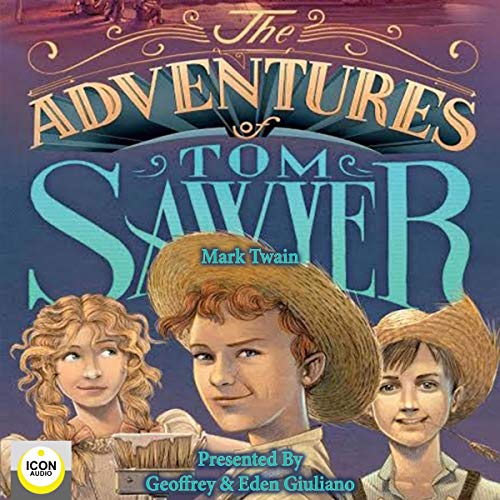 The Adventures of Tom Sawyer is an 1876 novel by Mark Twain about a young boy growing up along the Mississippi River. It is set in the 1840s in the fictional town of St. Petersburg, inspired by Hannibal, Missouri, where Twain lived as a boy. In the novel, Sawyer has several adventures, often with his friend Huckleberry Finn. Originally a commercial failure, the book ended up being the best-selling of any of Twain's works during his lifetime.

Music by AudioNautix with their kind permission

Geoffrey Giuliano is the author of more than 30 internationally best-selling biographies, including the London Sunday Times best seller Blackbird: The Life and Times of Paul McCartney and Dark Horse: The Private Life of George Harrison. He can be heard on the Westwood One Radio Network and has written and produced more than 700 original spoken-word albums and video documentaries on various aspects of popular culture. He is also a well-known movie actor.