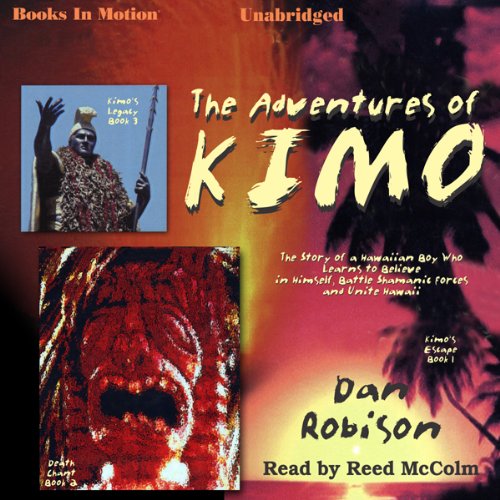 The Adventures of Kimo

Kimo knew that touching a village chief was a crime punishable by death. In fact, a violator could be beheaded or thrown into the boiling lavas of Mauna Lea. So when he accidentally ran into and knocked over his village chief, Kimo dove off a cliff top into the ocean and escaped to the City of Refuge on the Island of Hawaii. Will he ever be able to return to his village? Will he ever see his family and friends again?

Kimo’s Legacy concludes the wonderful story of a boy coming of age, who battles his way through to unite Hawaii.