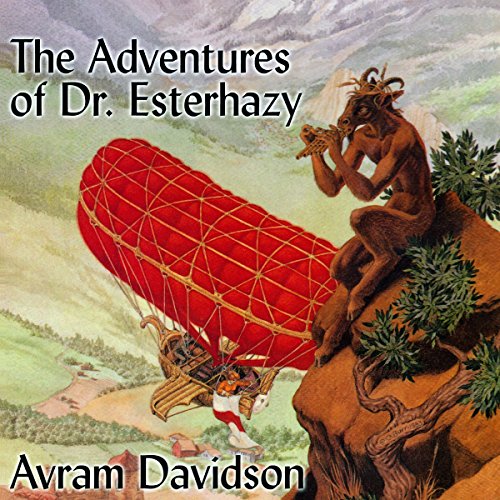 The Adventures of Doctor Eszterhazy

A few words from Neil on The Adventures of Doctor Eszterhazy: "We picked the Eszterhazy stories for Neil Gaiman Presents because I wanted to convey the joy and delight of Avram Davidson's short stories. This is the first place all of the Eszterhazy stories have been collected together, including "The Odd, Old Bird", which was not part of the print edition of The Adventures of Doctor Eszterhazy, but could be found instead in the collection The Other Nineteenth Century. If you love fantasy, if you love alternate worlds, or if you just love good stories well-told, that's who Avram Davidson is - someone who knows a great deal more than you do and is damned if both of you aren't going to have a great time in Scythia-Pannonia-Transbalkania."

Avram Davidson (April 23, 1923 - May 8, 1993) was an American Jewish writer of fantasy fiction, science fiction, and crime fiction, as well as the author of many stories that do not fit into a genre niche. He won a Hugo Award and three World Fantasy Awards in the science fiction and fantasy genre, a World Fantasy Life Achievement award, and a Queen's Award and an Edgar Award in the mystery genre.

This invaluable collection of Avram Davidson's resonant, witty short stories describes some incidents in the career of many-times-Doctor Engelbert Eszterhazy, loyal subject of the Triune Monarchy of Scythia- Pannonia-Transbalkania, located in a 19th-century Europe whose political landscape will be, after a little reflection, familiar to most fantasy listeners. Enquire with Doctor Eszterhazy into curious matters: the lurley, the old woman who lived with a bear, gingerbread men, dancing goats, and more.