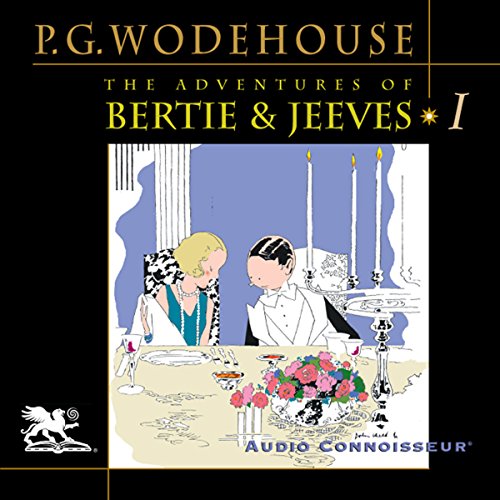 The Adventures of Bertie and Jeeves

Pelham Grenville Wodehouse (1881 1975), a native of Guildford, England, was probably the greatest writer of comedy in the 20th century. With each passing year, his work continues to grow in popularity. Jeeves, the omniscient, highly competent valet, and Bertie Wooster, the upper-class, feather-brained gadabout, are his two most famous creations. His stories are generally characterized by intricate plots dealing with human foibles and complex, romantic entanglements. This series of short stories are perfect examples of his style.

The four stories in this collection were the very first pieces Wodehouse published about his famous duo. They already demonstrate his mastery of style, language, and complex imagery which was so marvelously sustained in his material for the ensuing 60 years. These short stories are jewels of comedic brevity and masterpieces of stylistic unity.

The stories in this collection are:

Charlton Griffin is so good at impersonating the self-important nitwit Bertie Wooster that he really does get on your nerves, like the original Bertie would. His Jeeves is as impeccable as we know him to be.
It's a very brisk, lively reading all in all, with some twenties style music and all kinds of accompanying background noises. Not bad at all if you like that kind of thing, but Wodehouse lovers who want to concentrate on the wit and elegance of his prose style might be happier with a more quiet, conservative reading, bare of any theatricals.
Fortunately there is a great variety of Wodehouse readers to choose from on this website, I will certainly try a few others.