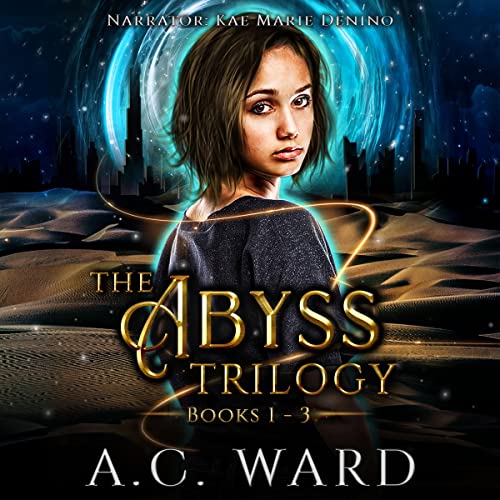 She was raised on lies. Now she must figure out what’s real, or the world is doomed.

Omnibus: More than 18 hours and three thrilling YA fantasy novels. Join a teen’s struggle with secret powers in a demonic dystopia.

Aubrey never realized there was a better life beyond being the rebel leader’s disappointing teenage daughter. But when she’s abducted by the government and taught the truth at one of their official academies, she feels torn between two worlds. Wielding a power she didn’t know she had and forced to open a portal to a dark dimension, she must choose who to save - her new friends or her family.

As Aubrey struggles to atone for her mistakes and betrayal, she’s pitted against a powerful demon, the Four Horsemen of the Apocalypse, and even The Devil himself. And every failure drags her loved ones closer to death.

Can Aubrey master her power in time to prevent the world’s utter annihilation?

The Abyss Trilogy is an omnibus containing all three books in the pause-resisting YA dystopian fantasy series. If you like mind-bending journeys, complex characters, and a beautiful balance of hope and despair, then you’ll love A.C. Ward’s ominous tale.

Buy The Abyss Trilogy to confront the face of evil today!