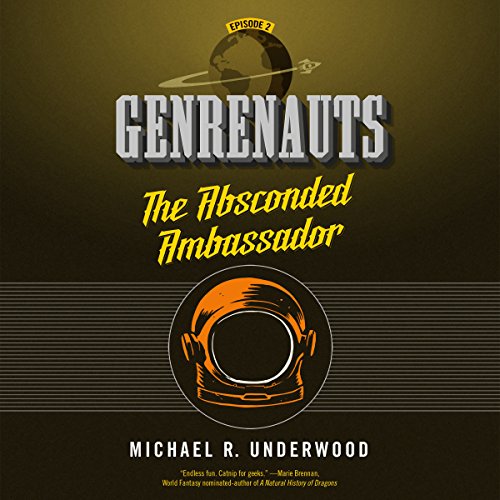 Fiction is more important than you think. When stories go wrong, the Genrenauts step in to prevent the consequences from rippling into our so-called real world. When a breach is discovered in Science Fiction World, rookie Genrenaut Leah Tang gets her first taste of space flight.

A peace treaty is about to be signed on space station Ahura-3, guaranteeing the end of hostilities between some of the galaxy's most ferocious races, but when the head architect of the treaty is unexpectedly kidnapped, it's up to Leah and her new colleagues to save the day.

Michael Underwood has circumnavigated the globe, danced the tango with legends, and knows why Thibault cancels out Capo Ferro. He also rolls a mean d20. His novels include Geekomancy, Celebromancy, and Shield and Crocus. He lives in Baltimore with his fiancé and an ever-growing library, and when he's not writing/gaming/living the dream, he's the North American sales and marketing manager for Angry Robot Books. He's also part of the Hugo-nominated podcast The Skiffy and Fanty Show.