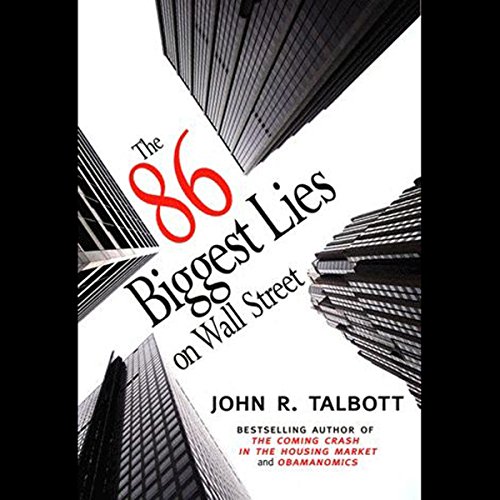 The 86 Biggest Lies on Wall Street

The 86 Biggest Lies on Wall Street

Investors and citizens around the world realize, as never before, that we were misled - lied to - about the stability of our financial system. But what now?

The 86 Biggest Lies on Wall Street exposes the lies and then exposes us to the truth of what it will take to rebuild our economy. As a former investment banker at Goldman Sachs, John R. Talbott knows firsthand how the financial system operates and how to fix it. As the "oracle" who predicted the housing crisis in his 2003 book, The Coming Housing Crisis, and called the election for Obama when the senator from Illinois was still the underdog (Obamanomics), Talbott's revelations about how Wall Street really works are as clear-eyed and undeniable as his predictions and recommendations for our economic future are tough, sensible, and exciting. We may ignore them at our peril.