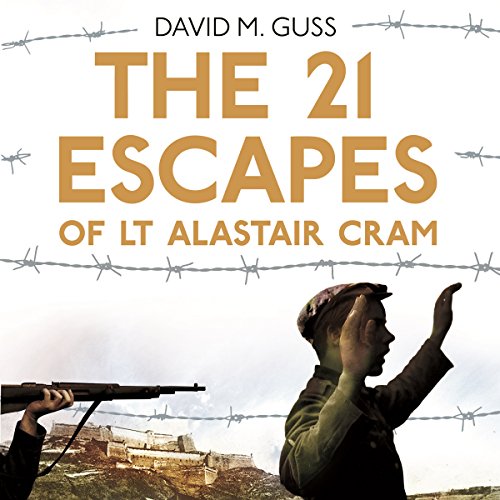 The 21 Escapes of Lt Alastair Cram

The 21 Escapes of Lt Alastair Cram

A genuinely new Second World War story, The 21 Escapes of Lt Alastair Cram is a riveting account of the wartime exploits of Alastair Cram, brilliantly told by the American author David Guss.

Cram was taken prisoner in North Africa in November 1941, which began a long odyssey through 10 different POW camps and three Gestapo prisons. He became a serial escapee - fleeing his captors no fewer than 21 times, including his final, and finally successful, escape from a POW column in April 1945.

Perhaps the most dramatic of his attempts was from Gavi, the 'Italian Colditz'. Gavi was a maximum-security prison near Genoa for the pericolosi, the 'most dangerous' inmates because of their perpetual hunger to escape. It was here that Alastair met David Stirling, the legendary founder of the SAS, and cooked up the plan for what would become the 'Cistern Tunnel' escape, one of the most audacious but hitherto little-known mass escape attempts of the entire war.

A story of courage in the face of extraordinary odds, it is a testament to one man's dogged determination never to give up.