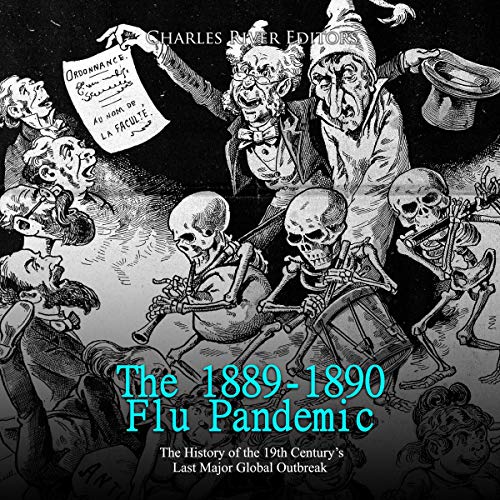 Plague and pestilence have both fascinated and terrified humanity from the very beginning. Societies and individuals have struggled to make sense of them, and more importantly, they’ve often struggled to avoid them.

Before the scientific age, people had no knowledge of the microbiological agents - unseen bacteria and viruses - which afflicted them, and thus, the maladies were often ascribed to wrathful supernatural forces. Even when advances in knowledge posited natural causes for epidemics and pandemics, medicine struggled to deal with them, and for hundreds of years, religion continued to work hand-in-hand with medicine.

It was only in the mid-19th century that scientists established a definitive link between viruses and bacteria and disease, and this allowed the development of vaccines to prevent the spread of killers such as smallpox, typhus, and diphtheria. In the early 20th century, the development of antibiotics helped immensely, but as the Spanish Flu of 1918 and the recent coronavirus outbreak demonstrated, people have not succeeded in conquering all infectious diseases. In fact, it was not until World War II that most of the pestilences that have afflicted people in the past could be effectively prevented, and the fear of contagion remains strong.

One of these plagues is influenza, a disease now regarded almost with contempt as being a minimal threat to life, but it is actually one of the greatest killers of modern times, taking up to 650,000 lives every year. It may come as a surprise for many to learn that there is no single vaccine for the flu - there are vaccines for the strains that presently exist, but new strains evolve every year, so vaccines must be constantly developed. Influenza remains one of the greatest threats to public health and challenges to the medical profession.

The first known influenza pandemic may have occurred in China in 6000 BCE, and the renowned Greek physician Hippocrates described the symptoms of influenza around 600 BCE. The first well-documented pandemic, however, occurred in 1580. It originated in East Asia, spread through Central Asia and the Russian Empire, and then on to Europe. In Rome, about 8,000 people perished, and some settlements in Spain disappeared entirely. Europeans brought it to the Americas in the 16th century, where it may contributed to decimating the indigenous populations. After that, flu epidemics hit Europe sporadically for more than 200 years, with that of 1830-33 being one of the worst, when about 25 percent of 135 million Europeans were infected.

Therefore, when an outbreak of flu occurred in the Central Asian city of Bukhara in 1889, it could not have excited any great concern. Certainly, some nearby communities may have anxiously braced themselves, but epidemics had occurred before and Europe had survived. Besides, then - as now - influenza was a disease that affected mostly the elderly and ill. But Europe - and the world - has changed profoundly in recent times. Its states had been industrializing, experimenting with new methods of communication, transportation, and trade, and these very innovations would be the means of spreading the flu, not just through Europe, but across the entire world. For the first time in its history, the world faced a pestilence that would cross every geographical barrier, even the oceans. This meant it would not be an epidemic but a pandemic, embracing the entire globe in its deadly grip.

The 1889-1890 Flu Pandemic: The History of the 19th Century’s Last Major Global Outbreak looks at how the pandemic started, what was done to fight the virus, and its impact on the world.